An apocalyptic world. A devastated city. One last survivor.

Edgar has learned to survive on his own avoiding contaminated areas by the «incident» which destroyed life as we knew it.

But Edgar’s routine is suddenly disrupted by the discovery of a wall with graffitis by his bed. Just one word reveals the presence of another survivor: «Anna» 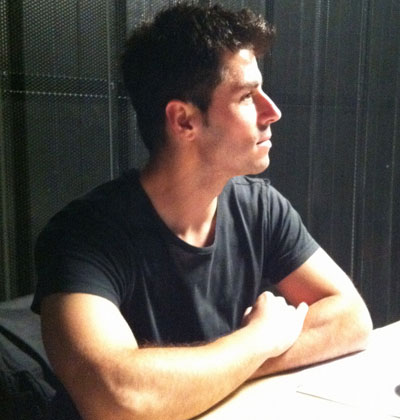 Lluís Quílez was born in Barcelona and graduated in film direction at ESCAC. More than 100 award-winning with his previous short-films “EL SIGUIENTE”, “AVATAR” and “YANINDARA” (Melies d’Or, Oscar short-listed) he made his feature directorial debut on Participant Media’s “OUT OF THE DARK”, a Colombian-set ghost story, produced by Apaches Ent, Dynamo Capital and Participant Media, starring Julia Stiles, Scott Speedman and Stephen Rea. Lluís Quílez combines his career on directing commercials along with teaching: delivering lectures on film direction at the University.

Making of "Graffiti" from Xavier Pijuan on Vimeo.

GRAFFITI is a post-apocalyptic drama, which – through the very own premise of the fantasy genre as a starting point, uses custom as the main tool to tell a harrowing, intense and disturbing story.

Edgar, the lead character is, as far as the eye can see, the only survivor of a nuclear massacre that has destroyed its surroundings. His days are monotonous, filled with nothingness. Nonetheless, Edgar tries to overcome loneliness by creating his own universe in order to help him escape the misery of it all. There is no tomorrow in his world, no future, but in spite of it all, he has learned to set his imagination free. I believe that isolation and loneliness are undoubtedly two of the traits human beings tend to feel in the present moment. It is indeed ironic since we are experiencing the golden age of “global communication”, where technological advances allow us to be “closer” to one another, more than ever.

“Anna”: The sudden appearance of this handwritten word on the wall next to Edgar’s sleeping place, reveals the presence of another survivor and changes the rules Edgar used to live by. This moment triggers an exchange of words on the same wall between Edgar and this mysterious girl, and it will question our protagonist’s values such as faith and sanity.

The core of the story is therefore a conversation- more like a chat- kept between two strangers who never see each other. A conversation that will break the monotony of their dull existence and will overturn their fears and deepest desires. Paradoxically, the letters will gradually be covering the idyllic image of an idyllic beach with which Edgar had decorated his hideout.This evocative image will be the tool that serves to sow the abyss into which the characters are precipitated into. Their scribbles are indirectly erasing the possibility of a better world, away from the contaminated area. Their profound and sincere words will make them realize that the paradise they dreamed of is not a place but a state of mind: being together.

Graffiti is a minimalistic story, told through details, using few characters and locations to explain what the film is about. That is why decided to shoot in the abandoned town of Pripyat (Ukraine) and use it as our main location. This city is known because it suffered the worst accident in the history of nuclear power on April 26 1986 when the overheating and explosion of reactor number 4 of the Chernobyl Nuclear Power Plant occurred. It released 500 times more radiation than the atomic bomb that landed on Hiroshima in 1945. So the city was heavily affected by radiation and had to be evacuated. Collapsed buildings, empty streets, echoes of vandalism, the sacking of the last survivors before being evacuated, leaks, vegetation plows cracking in cement, mold covered walls, are some of the cold and ghostly symptoms our hero Edgar lives in. GRAFFITI lies in a type of cinema interested in raising questions rather than giving out the answers. A cinema that values and respects its viewers by giving hem the opportunity to digest what they have just witnessed; a cinema in which the audience will bring their own interpretation to the facts. 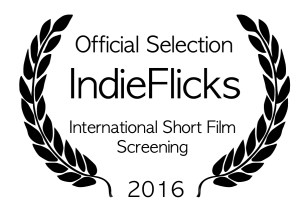