Born in Barcelona in 1978, Lluís Quilez graduated from ESCAC, specializing in direction. After finishing his studies he began a multi-disciplinary phase in which he combined being an assistant director, doing making ofs and being a second unit director in various feature films. 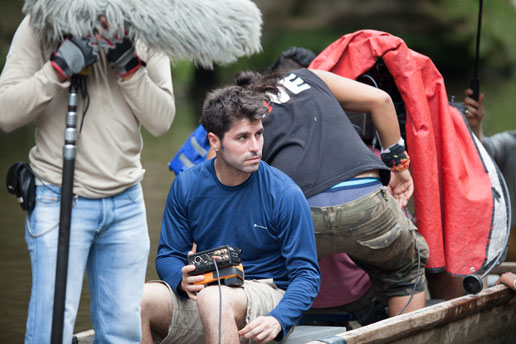 In 2015 he premiered his first feature film at the Tribeca film festival “OUT OF THE DARK” (Participant Media, 2015) written by the Pastor brothers and Javier Gullón, a fantasy thriller shot in Colombia starring Julia Stiles, Scott Speedman and Stephen Rea, which was released in about thirty countries.

In 2015 he started a professional career as a producer founding Euphoria Productions with its headquarters in Barcelona. His first project as a producer-director is the short film “GRAFFITI”, co written with Javier Gullón. It premiered in Sitges where it won an award, and ended up obtaining 47 international awards, among which were the Forqué award and once again the Méliès d’Argent. It also received Goya and Gaudí nominations and was finalist for the Academy Award, being included on the prestigious shortlist of the 10 most important pieces of work of the year worldwide. The short was also acquired by Movistar+, HBO and Mediaset, among others.

“72%” (Euphoria Productions, 2017) is his latest fiction short film, currently available on demand on Movistar+ and released at the Gijón Film Festival. From Euphoria Productions and in parallel to his career as a director he has begun to produce short films by young Spanish talents, “El ILUSO” by Guillem Almirall and “GIGI 33” by Pol Armengol, >both to be released in 2018. 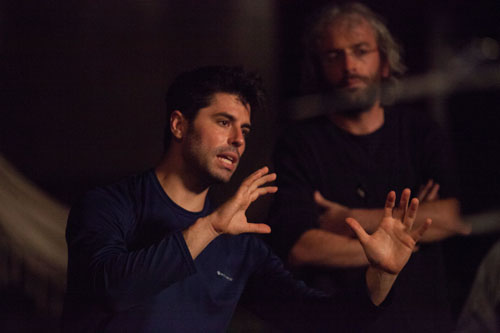 During the last ten years he has combined his career as a director with teaching, currently teaching the speciality of scriptwriting and direction at ECIB (since 2010) and at ESCAC (since 2013). He also on occasions gives seminars and master classes in various national universities.

He is now preparing his second feature film as a director titled “BAJOCERO/BELOWZERO”, an action thriller co-written with Fernando Navarro and produced by Morena Films, with release planned for the first quarter of 2019.

Since finishing her studies, and after a brief time practicing law, she has dedicated the last few years to working in the financial sector, a career that she has combined with the production of various short films.

In 2015-2016 she completed a degree in Humanities, specializing in the history of art and film history.

She has also extended and updated her legal education by taking a post-graduate course in copyright, as well as attending various different courses given by the Intellectual Property and Image Rights section of the ICAB.

In 2017 she became a partner in Euphoria Productions and produced her first project, “72%”, which premiered at the Gijón International Film Festival in 2017.

In 2018 she obtained her Master’s degree in Film Production from UVIC as a scholarship student.